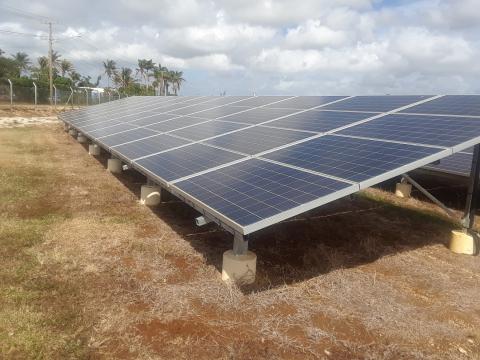 United Nations Climate Change Conference (COP24) in Katowice, Poland succeeded in producing a rulebook to implement the 2015  Paris climate agreement. Every UN member state signed on. But that will not be enough to head off climate catastrophe. It’s time to call in the engineers.

The diplomatic success at COP24 was remarkable, given relentless lobbying and foot-dragging by the fossil-fuel industry. The diplomats have read the science and know the truth: without a rapid move to a zero-carbon global energy system by mid-century, humanity will be in grave peril. In recent years, millions of people have suffered the hardships of extreme heatwaves, droughts, flood surges, powerful hurricanes, and devastating forest fires, because the Earth’s temperature is already 1.1º Celsius (roughly 2º Fahrenheit) above the pre-industrial average. If warming exceeds 1.5ºC or 2ºC later this century – temperatures never experienced in the entire 10,000-year history of human civilization – the world will become vastly more dangerous.

The Paris accord commits national governments to keep temperatures “well below 2°C above pre-industrial levels and [to pursue] efforts to limit the temperature increase to 1.5°C above pre-industrial levels.” We now have a rulebook for measuring greenhouse-gas emissions, sharing know-how, and measuring financial transfers from rich to poor countries. Yet we still lack the plans for shifting the world energy system to renewable energy by mid-century.

The Paris accord assumes that each government consults with its own country’s engineers to devise a national energy strategy, with each of the 193 UN member states essentially producing a separate plan. That approach reflects a deep misunderstanding of how the global energy transition must work. We need solutions that are agreed and coordinated at the international scale, not country by country.

In a sensible global decarbonization plan, many of today’s fossil-fuel exporting countries and companies will become tomorrow’s exporters of zero-carbon energy. The oil-producing Gulf countries should export solar energy from the vast Arabian Desert to both Europe and Asia. Coal-producing Australia should export solar power from the enormous outback to Southeast Asia via submarine cable. Canada should increase its exports of zero-carbon hydropower to the US market and finally end its efforts to export products from its high-carbon oil sands.

At the Katowice climate conference, the diplomats delivered the climate rulebook on time and as promised – an enormous accomplishment. The next big act belongs to the engineers. Energy transformation for climate safety is our twenty-first-century moonshot. When heads of state convene at the UN next September, the world’s leading engineers should greet them with a cutting-edge framework for global action.

Recruitment of a Project Coordinator (consultant)

Recruitment of a Technical Coordinator (consultant)

END_OF_DOCUMENT_TOKEN_TO_BE_REPLACED

Invitation to Bid - Design Supply and Install 6.5 MW Solar PV and Gas Turbine at the BWA