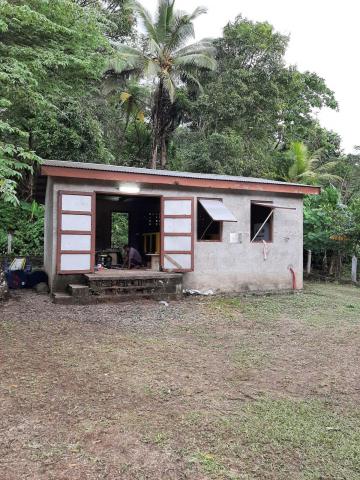 September 30, 2019. Sola, as the provincial headquarter of TORBA province has been developing or upgrading slowly for the last 37 years of the initial establishment of local government councils in Vanuatu in 1983.

In comparison with other provincial headquarters, Sola has been slow due to its isolation and high logistical costs. However, with the determination of stakeholders like the Department of Energy, Department of Local Authorities and Department of public utilities and the Vanuatu Utilities Company (VUI), electricity is generated and distributed to residence since the end of August 2019, a major boost to upgrade the standard of services and standard of living for the residence of Sola.

VUI is an American Company that currently operates under the Concession Agreement to provide electricity in Luganville.

It is a subsidiary company of the major phoenix Company currently operating in other Pacific Island Countries as well under different names and also operating or managing Water supply systems as well.

The next best option is for VUI to operate the Sola Water system and VUI has been commended for its community service approach in Luganville and now in Sola.

Hospitality service providers, stores, and other commercial operators, private individuals and government institutions in Torba province have welcomed this development.

A public servant expressed his gratitude that VUI has been providing a service that is beyond the electricity meter and into the core of a household with the wiring of Government institutions and private residences.

National institutions such as the Court House, police, Department of Water and provincial Council offices, National Disaster, Education all have been connected to the grid by VUI personnel currently in Sola.

As this development is undertaken, there is also the zoning of the State Land recently compensated by the national government.

The State law in Sola is a long strip of land along the coastline starting from the creek before Baldwin Lonsdale Memorial School (BLMS) to the swamp behind the TORBA Sports Complex.

Despite the current small area of state land, the physical planning of Sola would cover the greater periphery of Sola extending to Musina, and to Sola Airport including the hospital as well as to the point.

Observations indicated that over a decade, Sola has developed even in a slow mode but there are changes. Roads to and from Sola have been upgraded and extended beyond Vureas Bay and on to Wasaka.

Steep slopes have been converted, thanks to the creation of the Island Builders Contractors initiative by the Department of public Utilities. There is land in place to upgrade the road from BLMS to Sola Airport.

The number of public transport providers have increased tremendously in Sola compared to a decade ago.

Transport services are always available at the airport for passengers travelling to Sola.

Furthermore, one of two garages that are currently established in Sola would be able to upgrade their services with the power provided by VUI.

The population of Sola has also increased and this increase means an increase in the market for goods and services provided within the provincial headquarter.

And the number of households to be connected to the power grid has increased spanning from the point to Sola airport.

The decentralization policy of the government is to get government services closer to the people and people in Sola should make use of this services to upgrade.

Even a further upgrade of the airstrip in Sola is a necessity as passengers continue to be stranded in time of heavy rainfall. If there is a need to identify a much better location and there is available funding then that option should be looked at.

But there has to be political will and community support.

This is a dream that is fulfilled for the people of Sola. Individuals like the late Father Luke Dini who is a pioneer in the tourism industry in TORBA would be a very happy person today if he is still around.

And this is the same for other local leaders who have dreamt that one day, there would be power supply within the recipients of Sola.

This development should be celebrated by the people of Sola and the TORBA Provincial Council and an official launching should be in the horizon.

It is the hope of residents in Sola to see the public Works Division in TORBA in full operation to upgrade roads and other utilities and infrastructures there.

Maybe this dream would be a reality after March 2020 or sooner, the people have been waiting a long time to see the realization of this dream.

END_OF_DOCUMENT_TOKEN_TO_BE_REPLACED

Request for Proposals for Training of Trainers on Electric Vehicle Technology, Safety, Standards and Servicing