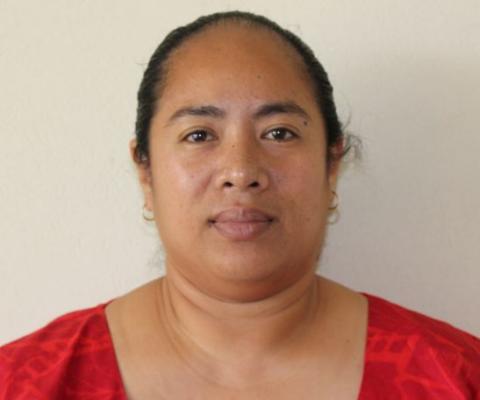 SIDS DOCK is a United Nations (UN)-recognised international organisation established in 2015, with all the rights and privileges for addressing climate change, resilience, and energy security in small islands. SIDS DOCK represents 32 small islands and low-lying developing states across the globe, and is so named because it is designed as a “DOCKing station,” to connect the energy sector in SIDS with the global markets for finance and sustainable energy technologies. The organisation’s work is coordinated by the Secretariat, in Belmopan, Belize.

In making the announcement, Prime Minister Mitchell said that, “Ms. Suapaia-Ah-Hoy’s nomination to the Executive Council is a welcomed addition, as she brings years of experience, having been involved in helping to chart Samoa’s energy pathway to achieve a low carbon economy. She has successfully coordinated and implemented numerous projects within the Energy Policy and Coordination Division and has been recognised for her performance. Indeed, her election is a major plus for the SIDS DOCK Organisation, in terms of the advice and knowledge she will bring to the Council on how countries can utilise information systems and data harvesting to develop policies, standards and labelling. We also expect her to share expertise in targeted training and capacity building activities, and executing public awareness and education programmes critical to SIDS achieving a Blue Economy.”

Ms. Suapaia-Ah-Hoy’s election has also helped the Executive Council achieve, to the extent possible, geographic and gender balance, with due regard to major academic, scientific, educational and cultural trends, as well as each member’s field(s) of expertise. She is the second woman to join the ninemember Council, the other being Dr. Rhianna M. Neely-Murphy, Environmental Officer, Ministry of Environment and Housing, The Commonwealth of the Bahamas, who serves as Rapporteur.

The Executive Council comprises nine (9) member government representatives from the Caribbean, Pacific, and Atlantic and Indian Ocean Regions, who are nominated by their country’s government to serve in an individual capacity. The Council is responsible for overall policy and direction and for providing oversight and advice for the development of the organisation and to consider and approve the annual SIDS DOCK work programme and budget.

END_OF_DOCUMENT_TOKEN_TO_BE_REPLACED

Consultancy Services - To Support the Migration to Microsoft 365